Out of stock
Product ID
5257
Print this page
Our Price $120.00
Notify me when this product is in stock 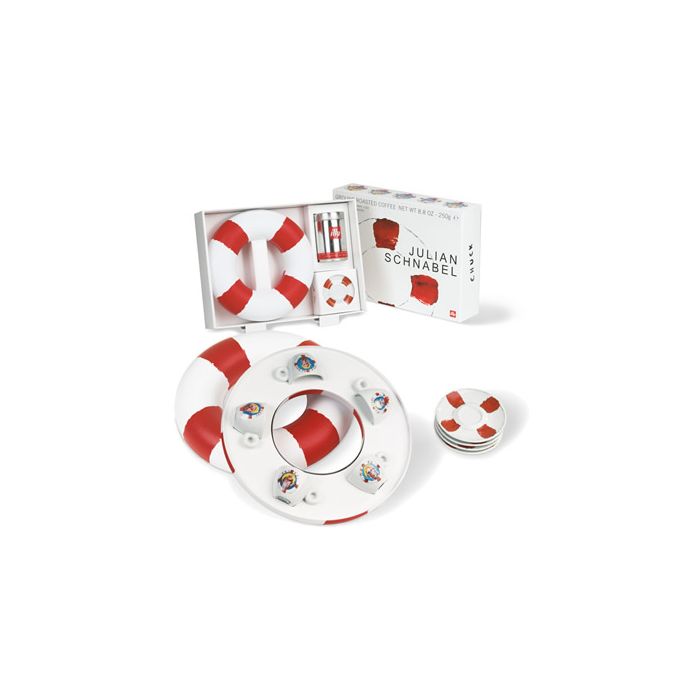 New York-born Julian Schnabel is best known for his leading role in the mid-1980's neo-expressionism movement, where bold, emotionally-charged work contrasted with the minimalism dominant at the time. In addition to his physical creations, Schnabel wrote and directed two films: Basquiat (1996) and Before Night Falls (2000). His cup set joins illy Collection Creations by James Rosenquist, Jeff Koons, Francis Ford Coppola, David Byrne and other prominent artists.

Hailing from New York where he was born in 1951, Julian Schnabel rose to prominence and wide public acclaim as an artist in the eighties, becoming a leading figure of what was to be known as "neo-expressionism".

Schnabel is not an artist to shun romanticism or heroism in his work. Not surprisingly, after years of chilly, painting-scoffing minimalism and conceptual art, it struck the public as highly innovative and emotionally charged.

Despite his many works displaying other techniques, to the public at large he is associated with painted broken plates and crockery stuck on large wooden boards, his unmistakable trade-mark.

Now, the artist has turned out seven different drawings as his contribution to this new illy collection. The subject is always Chuck, depicted in different moods and with different expressions, one for each day of the week.

"They're all about Chuck and his different feelings", Schnabel explains, as he reaches for a canvas among the half dozen scattered about in his New York studio. "I think they look a bit like magazine illustrations back in the fifties."

It's some years now that Chuck, beach-boy and surfer, has become a source of inspiration for Schnabel. It's not so much Chuck's looks that he finds intriguing, but his life-style. It somehow goes beyond that of the usual "surfie" as is commonly perceived. Or perhaps it doesn't and Chuck's the spitting image of the stereotype.

True enough, he's a modern-day hero, fearlessly rip-riding the waves. But he's also the man who never forgets to don a life-preserver, and the figure he cuts in this guise is so reminiscent of the marine style of seafaring tableware.