Being asked to write a French roast coffee review figuratively left a bitter taste in my mouth. For me, there is little humor in seeing someone buying French Roast beans.

What is French Roast?

It is difficult to give specific data on exactly what is French Roast. You will see specific temperatures given, but that means little to the rank and file coffee drinker and just slightly more to a home roaster because each roasting appliance senses temperature a little differently. But for the majority of coffee drinkers, a visual inspection of the coffee is an excellent to judge the roast level for most purposes. Let's look at roasting styles backwards, starting from the darkest.

The darkest roast generally recognized as drinkable is Italian, and “drinkable” is a relative term. These beans are just moments away from ignition in the roaster. The beans are so dark in color that in most lighting they appear nearly black. They are very wet with oil, and whatever flavors may have been in the beans before roasting, awaiting to be revealed, have been roasted away. When brewed, these beans reveal nothing but “roast” flavor. Somewhat like ordering a steak and being served the burnt scrapings off the BBQ grill. You can tell it was steak at one time, but this is not the flavor you had in mind.

The next lighter roast is called French roast. But “lighter” is relative only to the darker Italian roast. These beans are very dark brown in color and need to be seen in good light to even reveal that. They are wet with oil. The acidity has been roasted out and for some people that is a preferred taste. Unfortunately the sugars have been roasted away as well. What is left is the taste of the roast and not of the coffee. Whatever flavors and aromas the beans possessed before roasting are, for the most part, likely to be long gone. The predominant taste is a strong bitterness.

When I see beans roasted that dark I want to cry out, “WHY!? They were so very young! They had so much more to give!”

Why, indeed. The roots of this roast level and its name can supposedly be traced back to the Berlin Conference, when in the late 1800's the European powers seeing the potential for economic gains in colonization were looking at Africa as a wealth of resources to, well, plunder for lack of a better descriptive term. One of the products exported by the colonial powers were green coffee beans. Much of these coffees were of low quality and so the roasters, to be able to do something with them to make them drinkable, roasted them dark. How much of that is historically accurate we will leave to the historians to debate, as for this discussion it is unimportant. But the truth in this can often be the case that low (or lower) quality beans are used for French roast. Why? The truth is that a responsible coffee roaster will not spend the time sourcing and purchasing fine coffee and then roast the life out of those fine beans.

See #14 below, photo from Aldocoffee.com

I have been roasting coffee for over 15 years. In that time I have refrained from dark roasts for a number of reasons. I buy good to very good quality beans, and for the reasons described above, I want to taste them. Roasting this dark also makes quite a mess in the roaster. The oil on the beans gets all over the roasting appliance and it doesn't take many roasts this dark to necessitate a good cleaning of the roasting appliance. But I had the “opportunity” to do some dark roasts and while the thick, acrid smoke was pouring from my roaster near the end of the roast I felt a wave of dedication go through me. “If I am going to talk about the taste of French Roast I need to sample it before writing about it.

So this morning I brewed up a pot from this French roast I did just yesterday. I used my backup grinder because I did not want to send those oily beans through my commercial grinder. I poured a cup for each of us. While the coffee was still hot it was marginally tolerable. The taste, what there was of it, was unrecognizable from coffee. It was ashy and burnt, and there was nothing which could be called the taste of coffee remaining. Even the finish lacked anything memorable or interesting. My wife took one sip, made a face of disgust, and asked for a cappuccino. I know know what “like licking an ashtray” means.

As the coffee cooled I took another sip and it was, by far, one of the worst cups of coffee I have ever tasted. One sip was all I could endure, and the remainder of what was in our cups as well as the rest of the pot I brewed went into the drain, and I actually felt a little sorry for the sink and its connected plumbing.

If you want to really taste your coffee, allow it to cool down a little. It doesn't have to be cold, but when coffee is quite hot, as it is when freshly brewed and right from the pot, the flavors are masked. I am not a biologist so cannot say whether it is a psychological response to the thermal energy on the palate or is some actual biological reaction is taking place. Doesn't matter. If coffee that has cooled doesn't taste good, you shouldn't be drinking it, even if it is so that you can't taste it.

There are likely some decent French roasts out there, but why? I will not condemn anyone who enjoys that flavor, but if I am going to pay a premium price for coffee I want a premium taste. There are coffees out there which, when properly roasted and brewed, can revel subtle flavors and nuances of chocolate, berries, citrus fruit, and more depending on the beans. I have tasted Yemen Mocha that was so chocolaty that one sip revealed where the flavor called “mocha” came from. I have had a cup of Colombian that tasted like it had sugar added to it, but not a single sugar grain was added. I have had espresso that had three flavors to it - one at the first sip, one while the liquid rested on the palate, and a final one after swallowing, and all three were magnificent. None of that can happen when brewing with a French roast.

There are many, many different origins of coffee out there, predominantly grown in the tropical regions of the world. With all those coffees there are more different taste profiles than can be reasonably discussed in this article. Not all apples taste the same and much the same is true when it comes to coffee. If you like the taste of coffee you owe it to yourself to seek out some of these magnificent coffees, but properly roasted, please.

Here is another take on French roast coffee.

If you have additional thoughts on French roast coffee, feel free to e-mail them to [email protected] 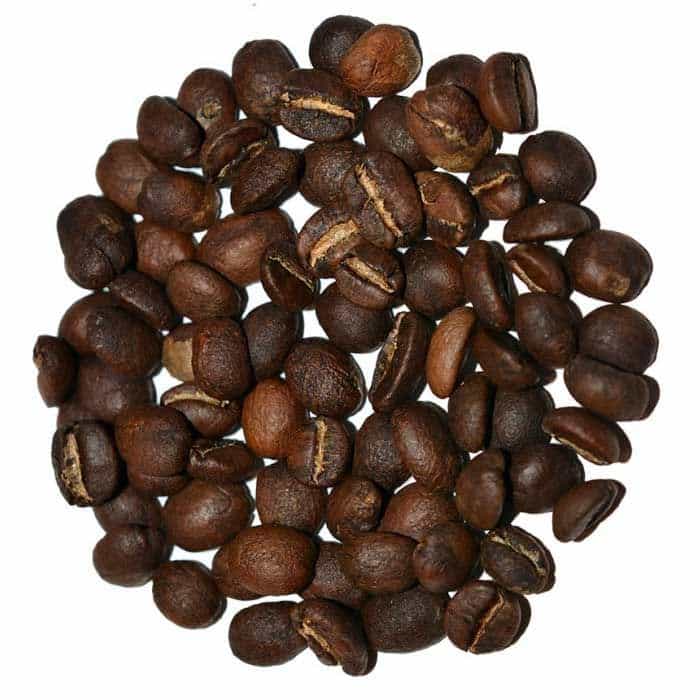